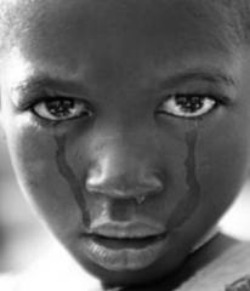 Female genital mutilation (FGM) is a barbaric practice which involves all procedures, partial or whole, removal of the external genitalia (or simply put, injury) to the female sexual organs. This could either be for religious, cultural or other non-therapeutic reasons. Many women suffer permanent and irreversible damages to their health and general well-being, with 2 million girls being subjected to it annually.

There are several types of FGM;

a) Type 1:  Excision of the prepuce, with or without excision of all or part of the clitoris.

b) Type 2: Excision of the clitoris with partial or all excision of labia minora.

c) Type 3: Excision of part or all of the external genitalia and stitching or narrowing of the vaginal opening.

d) Type 4: Infibulations. This involves; pricking, piercing or incising the clitoris and or labia, cauterization by burning the clitoris and the surrounding tissues, introducing corrosive substances into the vagina or herbs to cause bleeding for the purposes of narrowing it.

FGM qualification age in Africa vary from one state to another and from communities to communities. From infancy in Ethiopia, Eritrea and Mali to seven-month pregnant females in Nigeria. In Somalia (and the horn of Africa), it was traditionally performed on adolescents as an initiation right to womanhood. Somalia is the worst country in Africa when it comes to Female Genital Mutilation. About 98% of Somali women have undergone the cut. In Somalia, FGM is no longer practiced as a rite of passage. Girls nowadays are circumcised between the ages of five and eight at the privacy of their homes. In most parts of the country, traditional circumcisers, "gudday", carry out the operation. With several complications arising from the traditional methods, many are turning to the health professionals in the country. Sadly, many doctors, nurses and other health professionals have started charging and circumcising girls.

It's believed that a Lebanese medical practitioner introduced medicalization of FGM at the dawn of independence in Martini Hospital in Mogadishu. He circumcised girls under sterilized and anesthetic conditions, claiming to minimize the dangers and damages associated with it. The truth however is that, medically speaking, there is no safe FGM procedure. In fact, all FGM procedures hurt and destroy lives.

Long term health consequences are a result of FGM. Infibulations cysts, keloid scar formation, damage to the urethra resulting in urinary incontinence, pain during sexual intercourse, sexual dysfunction, difficult child birth and difficult menstrual periods. If the operation is conducted in unhygienic surroundings or shared instruments (like knives, blades, etc.) are used, the victim is exposed to the deadly tetanus virus, HIV/AIDS, etc. Some have even lost their lives due to excessive bleeding and pain.

Female Genital Mutilation is quite rampant especially among rural and sub-urban communities. The lack of access to health facilities in those communities worsens the complications associated with Female Genital Mutilation. Unfortunately for most Somali women, pain has become part of their everyday existence. Sadly, most Somali women undergo "three feminine pains"; Circumcision, wedding and labor, which must be endured as an integral part of womanhood.

Although the origins of FGM remain blurred, communities practicing share the same perceptions. They have "compelling" reasons for eliminating the clitoris and external female genitalia. The reasons ranging from, spiritual to religious, sociological to hygienic, aesthetic to sexual. The clitoris and female genitalia are considered ugly, dirty and capable of growing to unsightly proportions and making women spiritually unclean. They are also deemed to prevent women from maturing and rightfully identifying with age mates, ancestors and the human race.

In Somalia, every community member is bound by culture. Men, women, young, old, powerful, powerless, etc. are all influenced by culture without the right to question it. There are complicated belief systems associated with not eliminating the female genitalia and the dangers that may befall the girl, her family, future husband and society. A young woman's sexuality is therefore to be controlled to prevent her from being "oversexed", losing her virginity, disgracing families or failing to get married, etc.,

There are community enforcement mechanisms that compel communities to continue with the practice of FGM. For example, in Somalia uninfibulated women are easily divorced. In other words, husbands can easily kick them out without anyone questioning them (the husbands). Also, for the Somalis living in Kenya for example, there's this sworn secrecy among FGM candidates to bar disclosure of its pain and agony. In other words, girls who undergo this barbaric practice are made to promise never to tell other girls how painful this barbaric practice really is. In some extreme cases, even songs and poems are recited during marriages to deride the uncircumcised.

Religion, customs and traditions, preservation of virginity, "hygienic" reasons and pleasure for the husband, are the main reasons given to promote FGM. Some girls are forced  by their parents and society. Some run away from their homes never to return. Some commit suicide and some die during the FGM's extremely painful, unhygienic and absolutely cruel and barbaric procedures. FGM affects girls's self esteem and general well-being. Female Genital Mutilation leaves permanent scars on the bodies and souls of those unfortunate girls who are forced to undergo it and I think all reasonable people will agree with me that, Female Genital Mutilation should and must be banned.

Susan Hirtz 4 years 4 months
Thank you for writing this article. It was informative and covered most aspects of FGM. It has been a way of controlling women for centuries and needs to go, IMHO. It is easy for me to say that in my white privileged position, however young African women need more choice in this matter. Children have no choice and it is painful, with long term consequences.