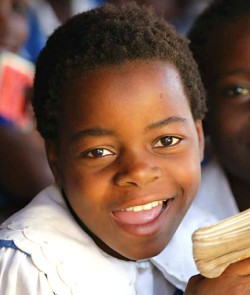 In the Bible, God said “Be fruitful and multiply. Fill the earth and subdue it”. Taking this and several other verses into consideration, I think God will be so proud of us to see the rate at which we are multiplying. On the other hand however, since we are His beloved children, I feel God will somehow be sorry for us to see all the problems that overpopulation has caused. “Fill the earth and subdue it” says the Lord but the big question here is, how full must the earth be? Isn’t the world full already? Isn’t 7.5 billion people enough? Well, to most Africans, the 7.5 billion people is just for the start. In fact, there is no limit to how many people the earth can hold at a time. In other words, we must continue to obey the Lord and multiply.

In the ancient African tradition, money played very little to no role at all in determining how rich a man was. The wealth of a man was calculated by the number of wives and children he had in addition to the size of his farms. In other words, the more children you had, the richer and more respected you became. In those days, there was nothing like formal education in most parts of Africa and even in places where it existed in some form, it wasn’t compulsory for one to send his or her children to school. Because of that, most children of school-going age just followed their parents to the farm and learned to farm at very young ages. Parents got more hands on their farms, expanded their farms, and became “richer”. In other words, the more children one had, the more hands he or she got and the bigger and richer they became. Because of this there was nothing like birth control. In fact, birth control was a taboo in most communities across Africa. Mothers were encouraged to have more children and were rewarded according to the number of children they had. For example, among the Akans of West Africa, once a mother had given birth to ten children, it was the duty of the man’s family to present a fully grown white ram to the mother as a reward (badudwan). That was in the olden days.

We are in modern times and things are quite different today than they were just a few decades ago. You cannot survive in this modern world without some form of formal education. In other words, it is expected of every responsible parent to at least make the effort to send his or her children to school. In America and other advanced countries, there is free basic and secondary education for all. In fact, children even get free meals, text books, etc. in school which is great. This is not the case in most developing countries around the world. In fact, in most countries in Africa, parents are required to pay their children’s school fees from day one. However, because of the poverty situation in most communities across Africa, not every parent is able to afford their children’s school fees. This explains why several children of school-going age roam about on the streets of major towns and cities, hawking all day and night.

For the above problem to be tackled from the roots, parents must practice birth control so as not to bring to the world numerous children without what it takes to cater for them. Since not so many African parents are interested in birth control strategies (due to cultural and religious reasons), it falls on the government to do something about it. In other words, it becomes very important for the government to limit the number of children per family just like what China did decades ago.

Limiting the number of children per family can go a long way in breaking the cycle of poverty that many of us find ourselves in. It will create healthy societies not just for us but also for our children and grandchildren. It will better our economies and help Africa rise.