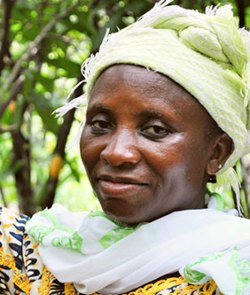 Because the world loves chocolate, the world spends on chocolate. The chocolate industry is one of the most profitable in the world. In other words, individuals, groups, and countries make billions of dollars from chocolate every single year.

Obviously, chocolates don't fall from the sky so the million dollar question is; where exactly do chocolates come from? Well, in summary, chocolate comes from the cocoa tree. The tree bears fruits (cocoa pods) and from the fruits we get the seeds. The cocoa seeds (or cocoa beans) are harvested, dried and processed. It is from the cocoa seeds/cocoa beans that we get chocolate. This first part of chocolate production happens mostly in West Africa and it is the harder part.

The cocoa beans are then exported abroad to countries like Germany, Belgium, United States, Italy, Netherlands, Poland, Canada, France, United Kingdom, Switzerland, Russia, Mexico, Spain, Singapore, etc. These advanced countries turn the cocoa beans into cocoa powder and process it further into finished products like chocolate bars, chocolate drinks, ice creams, candies, etc. The finished products are then exported to around the world for more profit. The second part of chocolate production is where most of the profit comes from.

Africa produces over 70% of the world's cocoa beans. Ivory Coast is the world's leading producer of cocoa beans followed by Ghana. Ivory Coast and Ghana together produce about 60% of the world's cocoa beans. Because countries in Africa lack the machinery and expertise to process the cocoa beans further, these cocoa beans are exported abroad as raw materials. The problem here is that, exporting the raw cocoa beans brings in very little profit. The profit is in fact, so little to the point where most of the farmers (including women and children) who toil all day and night in cocoa farms to produce the cocoa beans, remain in poverty. In fact, some of these poor cocoa farmers in Africa have not even tasted chocolate bars (the finished products) before and the reason is because they cannot afford it.

The Netherlands was the world's leading importer of cocoa beans in 2019 with imports valuing about 2.28 billion dollars. The European chocolate market was valued at an estimated €53 billion (about 64 billion US dollars) in 2019. The market is expected to grow at an average annual rate of around 5% between 2020 and 2024.  Globally, seven multinational companies dominate the market for final chocolate products. The sales value of  Mars, Ferrero, Mondelez, Meiji, Hershey, Nestlé and Lindt & Sprüngli combined reached a staggering $73 billion US dollars in 2019.

Global sales from chocolate exports by country totaled 29.2 billion US dollars in 2019. The overall value of chocolate exports rose by an average 13.9% for all exporting countries since 2015 when chocolate shipments were valued at $25.6 billion.

The good news is that,things are changing bit by bit. As Ghana's president Nana Akufo-Addo made clear in Switzerland during a recent state visit, "...Ghana no longer wants to be dependent on the production and export of raw materials, including cocoa beans. We intend to process more and more of our cocoa in our country with the aim of producing more chocolate ourselves". Hopefully, the president of Ivory Coast and other African leaders get the message too.