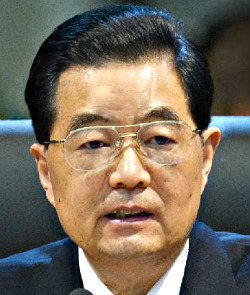 He was always extra careful when it came to matters concerning life and death. He never took unnecessary chances.

My uncle also used to say, "It is only the fool whose sheep gets loose twice". My uncle is not a fool and he knows exactly how to treat a troublesome sheep. You might easily get my uncle the first time but definitely not the second time.

When the Europeans first came to Africa, my ancestors welcomed them and gave them a place to stay. Why? Because they, the Europeans, said they "come in peace".

Some will say my ancestors were "fools" for allowing the Europeans into our land in the first place. However, in Africa, "only the wicked is a stranger" and it is part of our culture and traditions to treat all foreigners with love and care just like we would want others to treat us in a foreign land. This hospitality is what the Europeans took advantage of and turned us into slaves in the end. My ancestors were not fools as some people think. They were just human beings who considered others human beings too and treated all with love and hospitality.

The Europeans brought three major things with them to Africa. The Europeans brought the Bible (full of promises), The Chain (full of pain), The gun (full of blood). That was the beginning of much of our pains and sorrows. The Bible "kills" both physically and spiritually in Africa. The gun kills faster than any bow and arrow. The chain worsens the pains one must go through before death.

These 3 items the Europeans brought with them to Africa are the main reasons why we continue to suffer in Africa today. Africa wallows in pain and in sorrows because Europeans took advantage of our generosity and "fooled" us with their Bible and then captured and tied us with the chains they brought, and they continue to shoot at us with the gun and there appears to be very little we can do about it. Such is the outcome of our first encounter with the Europeans.

Why did the dragon brought with him these several seeds all the way from China? Are the seeds edible? Some will say yes. Why? Because the old city of Addis Ababa and others have gotten some makeups already and looking beautiful with the several giant structures the dragon has already erected.

As some of you may know, China doesn't do stuff for free and China is definitely not in Africa for charity work. The question is now, what exactly is China doing in Africa? Well, once again, lets use Ghana as an example.

There are so many Chinese people in rural Ghana today illegally mining all day and night. It is worse especially in the Obuasi areas of the Ashanti region. And as you would expect, Chinese people don't care about the poor villagers at all. They (the chinese people) destroy the farms and water bodies of these poor innocent people all in their attempt to get gold and other precious minerals. The problem however is that, because of the few bridges, roads and other construction work the Chinese are undertaking in some of the big cities and towns in Ghana, no leader or political figure wants to talk about the destructive Chinese activities in the rural and sub-urban areas.

Just recently, there were several clashes between the Chinese miners and the local people which resulted in several casualties yet nobody is saying anything. Why? Because they (the leaders) don't want to drive the "Chinese investors" away. Some of us have forgotten the fact that this isn't the first time China is coming to Africa.

Just a little while ago, China was a major sponsor of the Darfur genocide, busy supplying guns and other weapons of mass destruction, all in exchange for oil while hundreds of thousands of people were dying like flies in Darfur, Sudan.

Europeans and Americans have taken almost everything. Are we going to allow the hungry dragon take away the rest? It is true the structures China is erecting now in Africa will be very beneficial not just to the Chinese but also Africans. However, China is not doing all these things for free. China needs natural resources to feed its exploding population. Where else can China get those natural resources if not in Africa?