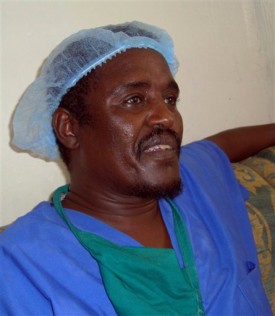 Drugs are essential to the ailing health of patients if prescribed by certified physicians; handled by pharmacists and instructions of its use followed strictly. This is the case of a place where the rule of law exists and is upheld.

The food and drug administration (FDA) ensures the safety of products such as medicines, food, etc. The FDA plays a pivotal role in examining what we eat or take into our bodies especially food and drugs. Tests are carried out on new medications,  locally produced foods (as well as the imported ones), etc, all in an attempt to ensure the safety of what we take into our bodies.

If the drug-controlling and medical ethic enforcement agency is not functioning for one reason or the other, those doctors, who are morally corrupt, would not care about the health of the people. Compounded by the doctor's greed to get rich overnight, then the drugs are no longer a remedy but lethal.

This is the case in Somalia. Somalia has enough woes from war to famine over-reported. Nevertheless, the ongoing horrible atrocities committed by the people who are trained to save lives, are ignored by the media.

The motive behind the deliberate massacring of patients is obvious; it's motivated by excessive abnormal material desire. The prescription of one's stock list (as street market without diagnosis) to boost the drug-store sales turnover is un-doctorly and immoral. It has been perpetuated for some time now. In spite of that, it was a mystery deep-rooted in the institutionalized corruption of the so-called medical professionals and not one of the doctors was ever arrested.

I will talk about the two characteristics unknown to the outside world: unethical conduct of the Somali medical community as well as the so-called medicine imports from the Indian sub-continent.

According to statistics, In 1997, the number of physicians were 0 .04 per 1000 patients. The true ratio is even higher than that. The Economist, dated September 2, 2010 "Studies of anti-infective treatments in Africa and South East Asia" found that, perhaps 15-30% (of drugs) are fakes. The United Nations estimates that roughly half of anti-malarial drugs sold in Africa - worth some $438m a year are counterfeits.

Besides blundering accumulated coins from the pockets of an impoverished society, the risk the counterfeits pose to the unfortunates is beyond the imagination of the human mind.

Almost every doctor living in Somalia, who exploits victims, hold degrees in medicine yet none of them ever specializes. Despite all of that, they make a lot of money twice as much as doctors in Easten Africa. They take advantage of the chaotic situation in the country.

The doctors portray themselves as "morally right" medical professionals yet continue to abuse the profession which is one of the most respected fields in the world today. Each doctor owns and runs chains of pharmacies of their own making their children,grandchildren, nephews and nieces work in there as qualified pharmacists but without qualifications. Drug-related cases account for at least half all Somali deaths at the moment. There were hundreds of cases where patients caught unfamiliar illnesses in the pre-conflict Somalia like dental cancer, unusual overgrowth in uterus, throat cancer, etc. This is how the so-called trained medical professionals continue to slaughter hundreds of thousands in Somalia today.

The corruption is everywhere, and the worst unimaginable form is preventing pregnant women from delivering babies in public hospitals, administered by the World Health Organization or local administrations such as Somaliland, until they (the women in labor) pay bribes or " facilitating money" to a doctor on duty. Several of the WHO medical aid, including state-of-the-art equipments some as huge as X-ray machines, are nowhere to be found today. The sad truth is that, these sophisticated devices are often sold to private sector companies by these so-called medical professionals who were supposed to be protecting the lives of their fellow countrymen.

When doctors were asked why they were doing this to their own people?  They gave the usual lame excuses such as the now famous "the fraudulent activities are in all layers of society, import firms bring inedible food to the country, this is not confined to our field". The greediness of the today's Somalian doctors has triggered many quacks to join and it may surprise you to find a "qualified" medical doctor who cannot even read and write.

self-trained lab technicians continue to give false deadly results to innocent patients. Why? Because, there is no law checking their illegal operations. Just imagine hearing "you are HIV positive" from a quack doctor. And as you know, throughout Africa and other parts of the world, people suspected of HIV/AIDS and other illnesses are often subjected to discrimination and segregation. Imagine having to suffer this psychological trauma for no fault of yours.

Drug-stores with overstocked medicine cabinets lining both sides of the rough roads in Hargiesa, run by amateurs, are some very good examples of how far the four-folded criminalized industry has grown.

Do you know of any town where drug-stores outnumber the number of grocery/provision stores? Well, welcome to Somalia. Hargiesa, the capital city of Somaliland. This is far from over. New drug-store start-ups are daily realities for obvious reasons. It is the easiest money-making business in Somalia today.

Once again, this is how the so-called "medically" trained professionals continue to kill innocent people free of charge in Somalia today.