America and Islam: Can the president be Muslim? 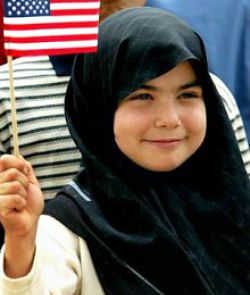 Can a Muslim be elected president of America? Although the answer to this question seems so obvious, not so many people seem to get it. In fact, some prominent political figures in America today including 2 of the top tier Republican Party (GOP) candidates for president, Donald Trump and most recently Doctor Ben Carson, a retired world renowned neurosurgeon. The billionaire and businessman Donald Trump and the retired doctor Ben Carson think NO and Never. In other words, America should never elect a Muslim as president.

According to Doctor Carson, the Muslim faith, Islam, is not compatible with the U.S constitution and that he would not advocate putting a Muslim in charge of America. Doctor Carson’s comment has drawn backlash from every corner of the web and some Americans feel disappointed that such a comment could come out of an inspirational figure like Ben Carson. Of course it is not written anywhere in the constitution that a Muslim cannot be president of America. In fact, there is nothing like a religious requirement in the U.S constitution. In other words, any religious figure who qualifies to be president can be president of the United States.

Before we even get into this discussion, I think we need to first ask ourselves some very critical questions. Who is a Muslim? Who qualifies as Muslim? Can a person just wake up one day and call him or herself a Muslim? What if we all qualify as Muslims? What is so bad about Muslims? In what ways are Christians and other religious groups better than Muslims? What if the current president Barack Obama becomes a Muslim tomorrow?

Now back to the question; can a Muslim be president of the United States? Personally, I think it is quite childish for any person to answer “Yes” or “No” to this question without first answering some of the above critical questions. If America “trust” in any of the “Gods” mentioned in the last few lines for example, then we can all say for sure that no American is fit to be president of the United States. If on the other hand the “God” in “In God we trust” refers to a God other than those listed above, then I think it would be a very good idea to keep religion a personal issue and not spit it out on political platforms like most politicians do today in America.