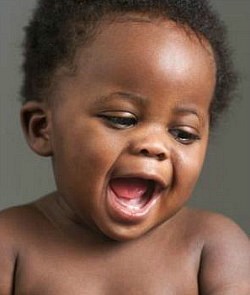 Everybody is an African in one way or the other. Africa is the cradle of mankind. In other words, to be an African has nothing to do with skin color and it has absolutely nothing to do with language. You can find every skin color in Africa and every language you can ever think of, has its roots somewhere in Africa. So in reality, we are all Africans. However, in today's world, the term "African" has come to refer to a particular group of people with some distinct features. The question therefore is; who is "truly" African? is a black person born and bred in Africa more African than a white person born and bred in Africa? Is a black South African more African than an Afrikaner?

Is a black person born and bred in America more African than a white Afrikaner? If so, then what exactly does it take to be an African? In other words, how can a non-African become African? and how can one increase his or her "Africanness"?

Before I continue, please pardon me if you find this article offensive. I don't mean to preach "disconnection". I am just asking questions. We are all one people.

Black Americans (popularly known as African Americans) have roots in Africa and so it is quite appropriate for them to refer to Africa as the "motherland". However, does having DNA "roots" in Africa make Black-Americans Africans? The answer to this question is Yes and No. Yes if we take the "Black DNA" into consideration but No if we take the "Black DNA" out of the equation. The question therefore is; is a black person from Tennessee who knows nothing about Africa, more African than a white person from Alabama who has spent most of his/her adult life volunteering in Africa?

African immigrants to the USA speak a variety of African languages and grew up practicing African culture. Blacks in the USA do not speak African languages nor practice African culture (there is a major disconnection here). They speak American English, are predominately Protestant Christians, celebrate American and many celebrate Christian holidays, and see the world through American eyes.Their culture is inherited from the community around them, which is American. Compare recent African immigrants to African Americans and Black Americans. A black person in the USA may have predominately African DNA but does that make him/her more African than the other racial groups in America?

Just imagine a white man who was born and bred in Africa but later on moved to the U.S and gained citizenship. Does that make him African American, Black American, or just American?

Most Caribbeans especially those from Jamaica, Trinidad, Haiti, etc., feel like home when they visit Africa and the reason isn't just because they come from third world countries but also because of that "African Connection". Jamaicans for example cherish their African roots so much to the point where they learn and teach "Africa" in their schools and homes which is great. There is always that connection to Africa from birth so when Jamaicans visit countries like Ghana in West Africa, they always feel like home despite the fact that they don't speak the numerous African languages. The same can be said about Haitians, Trinidadians, and even Guyanese. I was shocked when my Guyanese friend told me he knows all about "Ananse Stories". To those of you who don't know, Ananse stories are stories told (mostly by elders) to teach moral values (mostly to children) in Africa. According to my Guyanese friend, he learned about Kweku Ananse (the spider) and Ananse stories in school back home in Guyana which is great. The question now becomes; are Jamaicans, Trinis, Haitians, etc., more African than African Americans? if that is the case then what is the "cut-off" point where one ceases to be African?

Hameeda Rahman 4 years 4 months
I feel that the most important factor is that our Alkebulanese, (so called "African" - the Romans named the continent of Alkebuland after Scipio Africanus), Ancestors are always with us no matter where we are in the world - DNA does NOT change. We have a spiritual, mental, and physical connection to them that needs to be UNDERSTOOD for humanity's sake.

The concern that once people are moved from their origin (in the case of Alkebuland) that they are no longer a part of that place, is not reality, ("Wherever you go, there you are" by Pogo). Separating people from their spiritual instincts (knowing), mental (understanding) , and physical (features) prohibits them from fully appreciating how and why they even exist, (no matter what their Ancestral background maybe). We can repair the miss-connect (based on “colonial racism”) by getting to know our Ancestral background both enabling and disabling experiences and how we are still influenced by them. I feel to be uplifted, we should seek out paradigms that served to enhance humanity throughout history and not divide it, (ex: Akhenaten, Kemet Mystic teaching, the influences our Ancestors had/has on civilization today…etc). Note: Even that pink ("white") person born in Alkebuland needs to know his European background...conquering and enslaving.

Black On Black Love 4 years 4 months
What are we as a people doing to repair the divide? That is what matters! Our people were separated by avengers, continuing to make the chasm wider instead of breaching the gap. we are continuing their work. We need to take it upon ourselves Africans as well as African Americans to repair what has been done to all of us. Yes, we were taken from our Motherland and brought here to suffer atrocious times but much the same happened to those in Africa. Let us work for the sake of our people, our children, to take what was done to us and turn it to the benefit of all "Black" people worldwide. Enough separation we need unity. Stronger together than divided. What could we do if we worked together? Traded with our people as other nations do? Sent our children to Africa and vice versa for education and cultural appreciation, bonded as a people separated by geography and nothing more? Our future is up to us if we choose it. I see a time rapidly approaching in which we will need to be unified. The struggles of the races are coming to a boil, should we continue to be weak in this world due to in fighting and foolishness? We are the First People, time to act like it. Unity Now, Black man, Worldwide, Stand up... Africa Unite