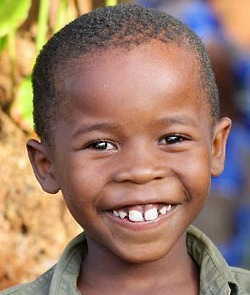 "Ubuntu" is an African word that means so much. Ubuntu is more than just a philosophy. Ubuntu is a way of life, and it simply translates "I am because we are". In other words, a person is a person through other people. Although the word "Ubuntu" comes from southern Africa, the concept of Ubuntu is universal with several names and slight variations.

Ubuntu in the Xhosa culture means: "I am because we are". In the Botswana Tswana language, the same concept exists. It is called botho, and the phrase that a person is a person through other people translates to "motho ke motho ka batho". The Ashantis and other Akan groups in Ghana have a similar concept which simply translates "biako ye" or "unity is great". In Malawi, the same concept exists and it is called "uMunthu".

In Kinyarwanda and Kirundi, the national languages for Rwanda and Burundi respectively, ubuntu means, among other things, "human generosity" as well as humanity. In Kitara, a dialect cluster spoken by the Nyankore, Nyoro, Tooro, and Kiga of western Uganda, and also the Haya, Nyambo and others of northern Tanzania, ubuntu (or Obuntu) refers to the human characteristics of generosity, consideration and humaneness towards others in the community. In Kiswahili, a major language in East Africa (especially in Kenya, Tanzania, Uganda, Burundi and Rwanda. Also, parts of Congo DRC, Malawi and Mozambique), the word may refer to "utu", which means humanness. It is a concept that condemns acts and deeds that seem unfair even in the slightest. The Bantu speakers of East Africa are believed to have originated from the Congo basin and in precolonial times, "utu" was the main philosophy governing them.

Ubuntu is a very simple yet powerful concept, and it embodies all things good. For the sake of those who know nothing about Ubuntu, I will break it down into pieces. Ubuntu simply means we are all one family. In other words, "I am who I am because of who we all are". As a human being, I cannot live in isolation. I need other human beings in order for me to be human. I wouldn't be able to walk, talk, act and learn like a human. In short, I would not be able to live were it not for others. I learned to walk, I learned to talk, I learned to eat, I learned to dance and so on. The truth however is that, I learned all these from other human beings. We are all interconnected and our being depends on others. Our humanity depends on others and we cannot be truly happy unless others are happy too. That is the basic meaning of Ubuntu. Ubuntu includes, sharing, fairness, hospitality, caring, truthfulness, and anything good you can think of. Do unto others as you would want them to do unto you. Ubuntu does not mean you cannot be rich. You can be rich but only through positive means. You don't need to cheat on others to be rich and you don't need to oppress other people in order to be rich. You can be rich but your being rich must have positive impact on others and the society you live in so that others can benefit from your humanity the same way you benefit from them.

Someone may ask, has Ubuntu disappeared from Africa? The answer is Yes and No. Yes because we see more of the opposite of Ubuntu in Africa today. Africa is poor today and people continue to die from poverty, hunger, diseases, etc., Why? Because we have thrown away our age long tradition and concept of life and have adopted the opposite which breeds nothing but hatred, jealousy, war, famine, etc. With Ubuntu, this world of ours, would be a better place for us all. It is only through Ubuntu this world can know peace. Ubuntu is a basic principle of life that every human being needs to learn. There would be no wars and there would no hatred. There would be no poverty and there would be no hunger. Just imagine a world where the concept of ubuntu reigns supreme. What a wonderful world that would be. On the other hand, the answer is No. Why? Because ubuntu cannot disappear from the human heart. Although we choose to do evil, deep down inside us, there is ubuntu. There is goodness in all of us. Why? Because our creator is good. We just have to open up our hearts and let ubuntu reign supreme.