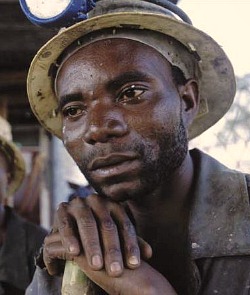 Not long ago, many of us (Africans back home) only saw Chinese people in "Kung fu" martial arts movies. We learned about China through characters like Bruce Lee and Jackie Chan. It may surprise you to know however that, over a million Chinese investors have permanently settled in Africa today with their families.

They (the Chinese investors) are coming with their families not because they love Africa as a home but because they know there is money and more money to be made in Africa. The Chinese investors are coming in their numbers but they are also coming with hooks and lines. They have the baits and what it takes to lure the poor into their nets and then systematically suck the last drop of blood out of their veins. They are coming in their numbers and have no plans of ever going back to China even for generations to come. To them, Africa is another "made in China" product.

In Africa, Chinese people reign as "supreme beings" and are worshiped all day and night. Yes, they came with some money to a land where millions continue to toil endlessly and they (Chinese people) are ready to pay their way through every corner of Africa, sometimes even paying to butcher some oppositions along their way.

They have bought lands, houses, established businesses, etc. and have come to stay permanently. Some Chinese people even refer to Africa as the "China's Second Continent". Yes, they have come to lay generational "seeds" on the continent and have no intentions of ever going back even for generations to come.

We often look at the Africa-China relationship from just one economic point of view which is not often very helpful. When exactly in time did the dragon learn to play with lambs?

It is true China is "investing" greatly on the continent but we often ignore some other major areas where the presence of Chinese people in Africa does nothing but great harm to Africa. Take a look at the environment for a second. Already, wildlife is being decimated due to habitat loss (from building more infrastructure, more homes for Chinese immigrants, mining, farming, etc.).

As you all know, China is the only country in the world today that is openly involved in the ivory trafficking dirty business in Africa. Unlike America and other leading nations, China has not yet put a ban on the ivory trade and the reason is because, ivory is as valuable as gold in China today (especially among China's flourishing numerous carving industries). Just last year alone, over 40,000 African elephants were poached for their ivory tusks to be shipped primarily to carving industries in no other place but China.

Just as the "blood diamonds" fueled conflicts in places like Liberia and Sierra Leone, so this dirty ivory trade continues to fuel terrorist groups such as the notorious "Al Shabaab" of East and Northeast Africa, The Lord's Resistance Army LRA (which operates in northern Uganda, South Sudan, the Central African Republic, and the Democratic Republic of the Congo), etc. In other words, the Chinese involvement in the ivory trade does not only harm the environment but also fuels conflicts all across the continent.

Yes, China is sowing so many seeds in Africa today and some people believe China will reap the rewards tomorrow. In reality however, China is reaping more than it sows even today in most parts of Africa. Just take a look at the recent $75 million airport expansion contract in Mali for example. This project was funded by American foreign aid but went straight to a Chinese construction firm. To an outsider, the Chinese are expanding the airport for Mali for free, not knowing the project was funded by another country/donor. Foreign aid, private loans and even loans from IMF and the World Bank often land in Chinese hands. In other words, the several Chinese investors and firms operating in Africa today have taken over almost all major projects across the continent and some people think they (the Chinese) are just "sowing seeds" which is not true.

And to those of you who don't know the type of job these numerous Chinese construction firms do in Africa, Chinese projects don't often last long. A hospital in Luanda, the capital of Angola, was opened with great fanfare but cracks appeared in the walls within a few months and it soon closed. The Chinese-built road from Lusaka, Zambia's capital, to Chirundu, 130km (81 miles) to the south-east, was quickly swept away by rains. Just two weeks after an "inspection" by President Uhuru Kenyatta, a $12 million Chinese-built Sigiri bridge in Western Kenya collapsed before it was completed. I can go on and on.

The Chinese people are building businesses all across the continent not purposely to provide jobs for Africans as some people think. Go to any Chinese-owned business (except maybe the mining sector where poor Africans do all the hard work) in Africa today and you will realize at least 90% of the employees in there are recent Chinese immigrants. The remaining 10% are the poor Africans who perform the hard labor for the worst pay ever. From a Chinese point of view, Africa is just another "made in China" product.

#1 Lee sanders
Peace, good day. I'm trying hard not to be onesided, but all you are saying is TRUE. The Chinese see Black people, wherever they come from as dirt and to be trampled on without a history. I know first hand, since I lived in China for several months. They only want you to serve them and they will suck the life out of you with a smile and a pleasant nod. Don't be fooled wolves in sheep clothing. They want and will take Africa if the world and Africans allow this. Yes they have the .money and resources, but believe me it's only for and to their China's benefit. They need to be stopped . They are dishonest, behind a smile of deceit and are morally wrong. They care less about Africans or any other race except their own. They see themselves as superior and everyone else as inferior, and yes even the white men are inferior to them. They teach their children that from birth. It is shameful. Blessings. Agape
Quote

#2 Frans Kosmas
everything is true but we as african we need to run slow by slow because as we are under development yet and we want to learn how to run faster within a day we find our self in problems. AND first thing we need to know as african is to give your people what they need first. we are crying until our last day on this world and we need to think about young generation if our term is gone.
Quote
Refresh comments list
Add comment