Africa and Trump: Fear and Uncertainty 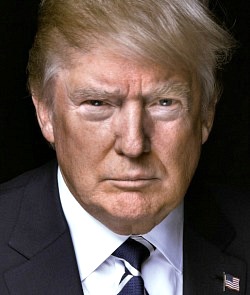 From the peaks of the Kilimanjaro to the banks of the great river Nile. From the desert fields of the Kalahari to the busy streets of Lagos. From the shining eyes of the great pyramid to the warm hearts of the Congo. There is optimism in the air. There is hope for a better tomorrow. Africa is undergoing a phase change and it is a change for the better. There is self-realization taking place all across the continent. Many are beginning to look up to Africa and Africans for solutions. Many are beginning to turn to Africa and Africans for answers. The change may be slow but it sure is happening all across the continent.

Can Trump halt Africa’s progress? Can Trump chase optimism out of the air? Can Trump plant “hope” like Barack Obama did in the hearts of people? Can Trump chain fear and uncertainty like we witnessed in 2008 during Barack Obama’s inauguration? Well, unfortunately for us, the name “Trump” sounds quite “hopeless” not just to millions of Americans but to billions around the world. The situation is no different in Africa. The name Trump sounds quite “disappointing” to the millions of men and women all across Africa.

None of us saw it coming. It appeared almost impossible not long ago. Unfortunately however, it is here and we have to deal with it. It burns the tongue and chars the heart but there is nothing we can do about it. Trump is president and he is president for all. He may not be your president in some particular way but the truth is that, Trump is still your president. You may not be an American but the simple fact that Trump is the president of America, he is your president too. Why? Well, whatever happens in America, affects the entire world in one way or the other. When leaders make crazy decisions in Washington, sometimes it is the poor and the weak somewhere at the far corners of the earth that suffer the most. In other words, when America makes crazy moves, we all suffer. “Africa” has never been on the “Trump” agenda and “Africa” has never been a topic of great importance to the Trump. Not even on the Campaign trail did Trump bother to talk about Africa as a “partner” even though Africa remains very crucial to America’s stability and progress. How will the Trump-Africa relationship be like now that Trump is president of America?

It may surprise you to know but former President George W. Bush helped Africa more than any other United States president (including even Barack Obama) and the facts and figures support that. Yes despite his numerous war crimes and crazy decisions, one thing former president Bush got right was “Africa”. Although Bush disappointed the rest of the world, one thing we can all say for sure is the fact that Bush did not disappoint Africa like most thought. We in Africa had very little hope in Bush. Luckily for us, he turned out to be “OK” for Africa. Some of us “hate” Bush not because Bush treated Africa so unfairly but because of the barbaric things he did in the Middle East and other parts of the world. However, on the issue of “Africa”, Bush scored a very strong “A”. We don’t like Bush and we would never pray he becomes president again. However, we need to give credit where credit is due. Of course Africa continues to feed the greedy rich corporations in America and other parts of the western world. The situation was no different when Bush was president of America. The poor in Africa continued to feed the greedy rich just like we see today. However, comparing President Bush to other former United States’ presidents, Bush did a lot for Africa. Do we expect similar from Trump? Is Trump another Bush?

Anything is possible and although the outcome may seem quite predictable in this case, few of us continue to hold on to our “hopes”. Yes Trump is already a disappointment. His tongue has already condemned him beyond redemption. We don’t like Trump but he is now in charge and there is nothing any of us can do about it. We just have to deal with it. The question however is; what if Trump turns out to be “OK” for Africa just like former president George W. Bush? Although Trump has already disappointed the world, what if he scores a massive “A” on his “Africa” score card just like Bush?

So where does the “fear” come into all these? Well, as we all know, Trump is quite unstable and by “unstable”, I mean “erratic” both socially and psychology. With a guy like that leading the world, we can never truly sleep with our doors open. Trump can be triggered even with a twitter “tweet” and with a guy like Trump leading the world’s most powerful nation, we can never truly sleep with our eyes closed. In other words, the “fear” most of us have about Trump has more to do with his “personality” than with the crazy things he says. We all know Trump is used to saying crazy things and most of us have learned to ignore the stupid things he says. The major problem here however is the simple fact that, Trump now has the power and authority to put some of those crazy things he preaches into action and we (especially those in Africa and other parts of the world) feel we have no power to stop him and that is where the “fear” comes in.

UPDATE: Trump is no longer president of the United States.