Africa and the Western World: The Truth 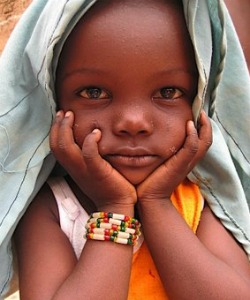 Judith J Muller 4 years 3 months
There are people in the world who love Africa and Africans and want to see peace, stability and progress for its people. Putting everyone in the West under the same banner is not fair to Africans or to the west. Africa's biggest challenge is corruption and war. This can be changed. That change starts with its people, progress is dependent on positive constructive thinking. There are good forces and evil forces in the world. That is where you make the distinction. Align yourself with good and good will come. God Bless Africa and her people.

kwami Nsoah 1 year 10 months
The people always blame afrika for the corruption, but this was part of the west's plan, and still is, Afrika needs to unite, and stop believing the west, as history shows who these people truly are. The fake government officials who only line their own pockets that are the wests puppets and the back of the people that are fooled by their untrue reality as the west has nothing with out afrika and this is the real issue, as the west won't allow us to life without their foot on our necks.