Africa and the unfriendly friends: Israel and the West 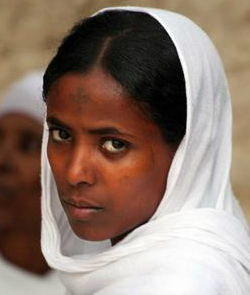 So many of us are just too blind to see and that is why we continue to suffer. I have written several articles about how the World Bank and the IMF destroy Africa. I have also written several articles about the "proxy wars" and the profiteers who continue to benefit from the blood of the innocent (You may search africaw.com for a few of those articles).

The United Nations denies an entire continent the right to be free yet claims to be a peace-loving organization.

Up till now Africa as a continent has no permanent membership in the United Nations and Africa has no veto. Africa as a continent has no permanent membership and no "significant" say at all in any of those so-called global organizations. In other words, Africa just follows orders from these so-called peaceful organizations.They put us in their nets and manipulate us according to their wishes and desires. See how easily America and NATO were able to destroy Gaddafi and the entire country of Libya using the famous chapter 7 of the United Nations charter. See how George Bush and his destructive forces were able to destroy the entire country of Iraq using similar tactics. They bombed and killed innocent people including tiny little babies yet the United Nations and co saw nothing wrong with that.

To those of you who don't know and to those of you who may have forgotten, the God of Africa saved Africa once again because, somewhere in 1938, the western powers wanted to settle the European Jews right in the middle section of Africa. They first targeted an area near east Africa around Uganda, Rwanda, Burundi, Kenya and Tanzania. They however failed due to fierce opposition from Marcus Garvey (May his gentle soul rest in peace) and some other great people.

Now imagine Israel situated right at the center of Africa. Imagine Africa with Jews. Imagine Jews with all these their "population control" strategies. Would we be alive today? Only God knows.