Africa and the International Criminal Court 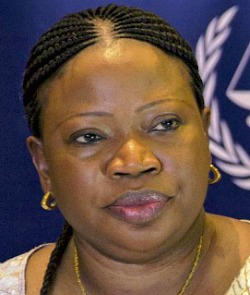 Burundi, Gambia and now South Africa have officially notified the UN Secretary-general of their intentions to leave the International Criminal Court (the ICC) and from the look of things, many other African countries may follow suit. Why are African countries abandoning the ICC? Well, it is because of “fear” and “distrust”. The ICC came on the scene in 1998 as a way to pursue some of the world’s worst atrocities: genocide, war crimes and crimes against humanity. In other words, the ICC was to join the UN and other world governing bodies in bringing about peace and justice. The ICC fully came to force in 2002.

Let’s begin with the “distrust” part of my answer. As a comparatively new international organization and a court system, trust means everything and the ICC finds itself locked in the “trust-building” stage. Most African countries feel the ICC is building more “distrust” than “trust” in the way the court handles cases. Most African countries feel the court is being bias and treats African countries quite unfairly. Someone may ask, is this truly the case? The answer is YES and NO. Yes because in the court's 14-year history, it has only brought charges against Africans and some feel the ICC only prosecutes Africans and people of color which is quite unfair. On the other hand, NO because all the people the ICC have charged so far, deserved it and there’s been nothing unfair about the way they were treated by the ICC.

It would be great if the ICC could extend its charges equally to people like Tony Blair, George Bush, etc. However, the simple fact that the ICC has not yet extended its charges to those western criminals does not necessarily imply those criminals in Africa received unfair treatment. Pulling Africa out of the ICC will just give immunity to those criminals and dictators to commit even more crimes. The real victims here are the everyday Africans. Another major trust issue with the ICC stems from its membership. Not every country is a member. In fact, prominent countries like the United States, China, Russia, India, etc. are not members of the ICC. As of today, just about 124 member states have signed the ICC treaty. Another major trust issue with the ICC is that, the court has no standing police force of its own to enforce its actions and depend mostly on member countries. Most member countries are not co-operative making it hard for the ICC to enforce arrests, etc. Take the Omar Al Bashir’s case for example. Omar Al Bashir the worst leader in Africa today, has been declared a wanted man by the ICC yet remains president of Sudan. When Omar Al Bashir “stupidly” visited South Africa not long ago, we all thought South Africa would help arrest Omar Al Bashir. Despite all the court orders to arrest Omar Al Bashir, South Africa allowed him to go scot-free. Someone may ask why? Well, South Africa did not want to interfere in Sudan’s affairs. This is another reason why South Africa is pulling out of the ICC.

Now back to the “fear” part of my answer. The fear comes from the fact that most African leaders today are corrupt, greedy, dictators, and war criminals. Most of these leaders fear being indicted by the ICC and will do anything possible to pull out of the ICC before it is too late. Take Pierre Nkurunziza of Burundi for example. He is greedy and corrupt. In fact, his stupid “3rd-term” actions put Burundi in the mess the country is in right now. Nkurunziza decided to pull Burundi out of the ICC when the ICC decided in April this year to investigate the outbreaks of violence in Burundi. In other words, Pierre Nkurunziza is pulling Burundi out of the ICC just to save himself and not because the ICC is “racist”. The same thing can be said about Yahya Jammeh of Gambia. Yahya Jammeh is one of the craziest leaders we have in Africa today. He came to power through a coup in 1994 and has remained in power since. He is a dictator and fears being indicted for war crimes and crimes against humanity, and that explains why he too is pulling his country Gambia out of the ICC. Gambia is leaving the ICC not just because the ICC is “racist” like Jammeh and his corrupt cabinet want us to believe. In fact, the current Chief prosecutor of the International Criminal Court Fatou B. Bensouda, is a Gambian-born lawyer and former advisor to Yahya Jammeh.

Once again, the real victims in this case are the everyday Africans. Pulling Africa out of the ICC will just give these criminals immunity to commit even more crimes. Yes the ICC does have problems currently but that is not enough reason for Africa to abandon the ICC. Our corrupt leaders want the ICC out but we the everyday Africans need the ICC on our side.