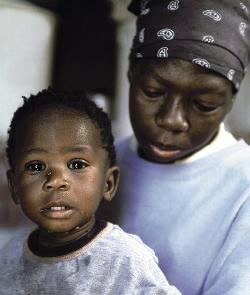 Africa is facing a pandemic far worse than HIV and Malaria combined. The pandemic of "Sugar Daddies". Sugar Daddies continue to threaten the very fabric of our humanity.

All countries in Africa are suffering from the "Sugar Daddies" pandemic in one way or the other and it is worse in South Africa.

Pedophiles and perverts are on it again, working all day and night, turning South Africa into an HIV dungeon.

It may surprise you to know that, in South Africa today, at least 30% of young school-going girls are HIV positive, compared to 4% of boys. The main reason why so many young school girls are catching the virus is because of the actions of some dirty old "sugar daddies".

Who are sugar daddies and what exactly do they do? Well, they are a bunch of dirty old men who roam the streets and corners of Africa all day and night, looking for the next child to destroy. What these bastards do in South Africa is that, they pick up young innocent children (mostly young school girls) with gifts and sugar-coated promises and take them to hotel rooms where they sexually abuse these children. According to South Africa's Health Minister Aaron Motsoaledi, "more girls are falling victims (of HIV/AIDS) because sugar daddies are exploiting them".

Although the health minister and his ministry are doing all they can to help fight the disease, South Africa's HIV/AIDS adult prevalence rate is at all-time high. South Africa has a population of about 61.5 million people. It may surprise you to know that more than 10% of South Africa's total population is living with the HIV/AIDS. About 260,000 South Africans died from HIV/AIDs last year. South Africa has run the world's largest anti-retroviral (ARV) program since President Jacob Zuma appointed Aaron Motsoaledi health minister in 2009. The number of HIV-positive people receiving life-saving ARV drugs more than doubled from 678,500 to 1.5 million after he took office. This sounds great considering the fact that the government of former President Thabo Mbeki, who questioned the link between HIV and Aids, had argued it could not afford to roll out this treatment to all the South Africans who needed it.

However, despite all of South Africa's great effort, HIV/AIDS rages on like wild fire and Sugar Daddies continue to fan the flames.

According to Health Minister Motsoaledi, about 94,000 school-going girls got pregnant in 2011 and 77,000 out of the 94,000 had abortions at state facilities. This is how Sugar Daddies destroy Africa.

HIV/AIDS is no longer just a disease. Rather, HIV/AIDS is a human rights issue and should be treated as such. More and more Sugar Daddies should be arrested and severely punished if South Africa as a country and Africa as continent are to move forward.